I'm a NASA Einstein Fellow at the Harvard Smithsonian Center for Astrophysics. I'm driven to understand the dynamics of the cosmos and the nature of Dark Energy and Dark Matter.

I work with extremely large datasets on a regular basis and imploy state of the art machine learning, statistical tools, and image analysis to make statements about the universe.

I am also passionate about analysis, vizualization, and manipulation of large datasets across other disciplines as well as teaching others to do the same. 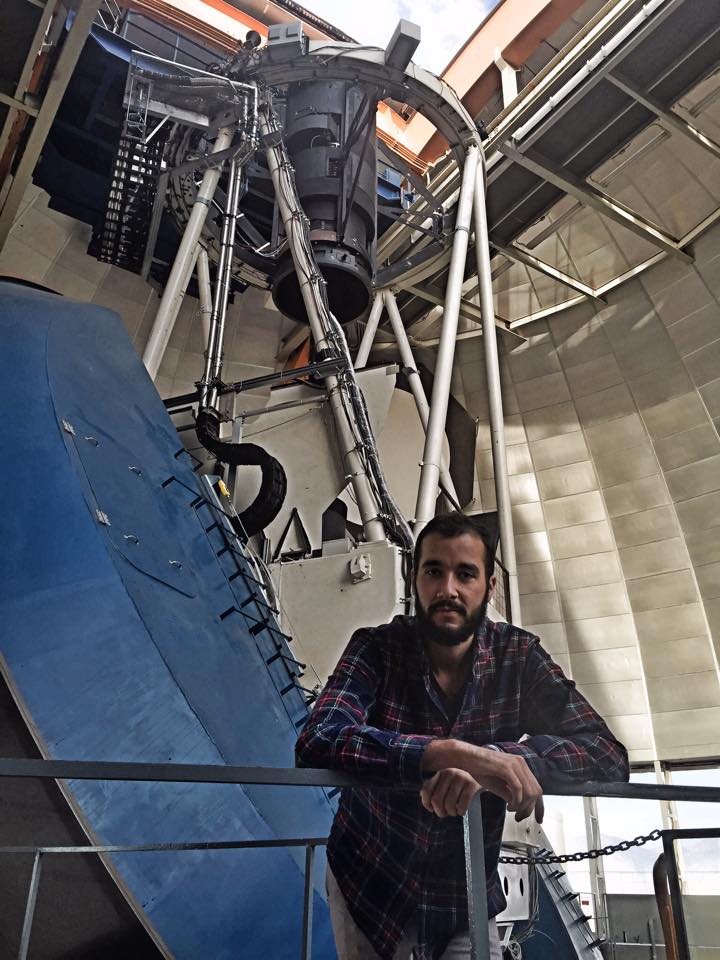 I've led the recent analysis of the Dark Energy Survey Supernova Program's first 3 years of data in the measurement of cosmological parameters including the equation of state for dark energy. Our results are in agreement with a cosmological constant and make a significant leap forward in supernova analysis and data quality. The next steps are 1) to measure the evolution of dark energy and 2) to measure better both the amount of dark matter in the universe and also its "clumpyness". All of these have the potential to shed insight on the interplay between fundamental components of the universe and will allow us to both constrain existing models for the universe and inspire us to come up with new ones!

Type Ia Supernovae (SN Ia) have been used as standard candles for measuring cosmic distances but the physics underpinning their light curves is still under debate. Most notably the interplay between the origins of the color of the light curves, the stretch (time scale) of their light curves, and their relations with the properties of the galaxies that they are found in. In my most recent work It's Dust" I propose a solution to a more than decade long question in SN Ia cosmology!

As part of the Dark Energy Survey Gravitational Wave (DESGW) followup team, I have optimized use of the Dark Energy Camera for detection of GW Sources. We were co-discoveres of the very first ever binary neutron star merger that was initially "heard" by LIGO and then seen visually shortly thereafter. With objects like these we have the unique oppotunity to make an independent measurement of the ever-controversial Hubble Constant (expansion rate of the universe today) by using its inferred distance from the masses of the neutron stars and from its discovered redshift (recession velocity).

As part of the Dark Energy Survey database we work with over 4 petabytes of images. Data reduction, manipulation, transfer, and precision anlysis using state of the art statistical tools is of utmost importance to achieve sound scientific results. We develop custom algorithims for simulating and making measurements of the astrophysical data and we utilize high performance computing systems to execute them. I alo employ a number of machine learning algorithms in my daily work, for example, neural networks to perform object classification and detection. But also for fun I really enjoy extendeding neural networks and other machine learning algorithms on datasets outside of astrophysics.

"The Dark Energy Survey (DES) is an international, collaborative effort of over 200 physicists to map the universe with millions of galaxies, detect thousands of supernovae, and find patterns of cosmic structure that will reveal the nature of the mysterious dark energy that is accelerating the expansion of our Universe." I have the great pleasure of serving as the DES 5 Year Photometric SN Ia Cosmologicl Analyis Coordinator.

As a member of the SH0ES team our goal is to make a precise measurement of the local value of the Hubble Constant. It has become a hotly debated topic as the value found by SH0ES (73 km/s/Mpc) is in "tension" with the value found by the Planck collaboration (67 km/s/Mpc) from the cosmic microwave background. I am leading the supernova portion of this analysis which includes producing the current state of the art compliation dataset of SNe Ia. SH0ES is working towards the next iteration of their analyses which whill feature a doubling of the sizes of the cepheid calibrator dataset!

The Pantheon team is a small team of supernova cosmologists that have compiled the state of the art dataset of SNe Ia for cosmology and have produced the current best constraints dark energy properties and that have been used in analyses such as the Planck 2018 cosmology papers. We are now working on PantheonPlus, which will bring us to about 2000 SNe Ia covering the widest span in redshift of any dataset in cosmology today.

I am the PI of a new long term program on the Dark Energy Camera on the CTIO 4m telescope to collect more than 500 low redshift SNe Ia over 3 years. Our small group (for now) calls ourselves the Dark Energy Bedrock All Sky Supernovae (DEBASS) team and our goal is to measure dark matter and sigma8 (clumpyness) to unprecedented precision from a unique sample of SNe Ia across the southern sky. We will also be a precursor to the LSST (located one mountaintop over!) and complement their dataset with a low redshift anchor for the Hubble Diagram and measuremnts of cosmic acceleration. 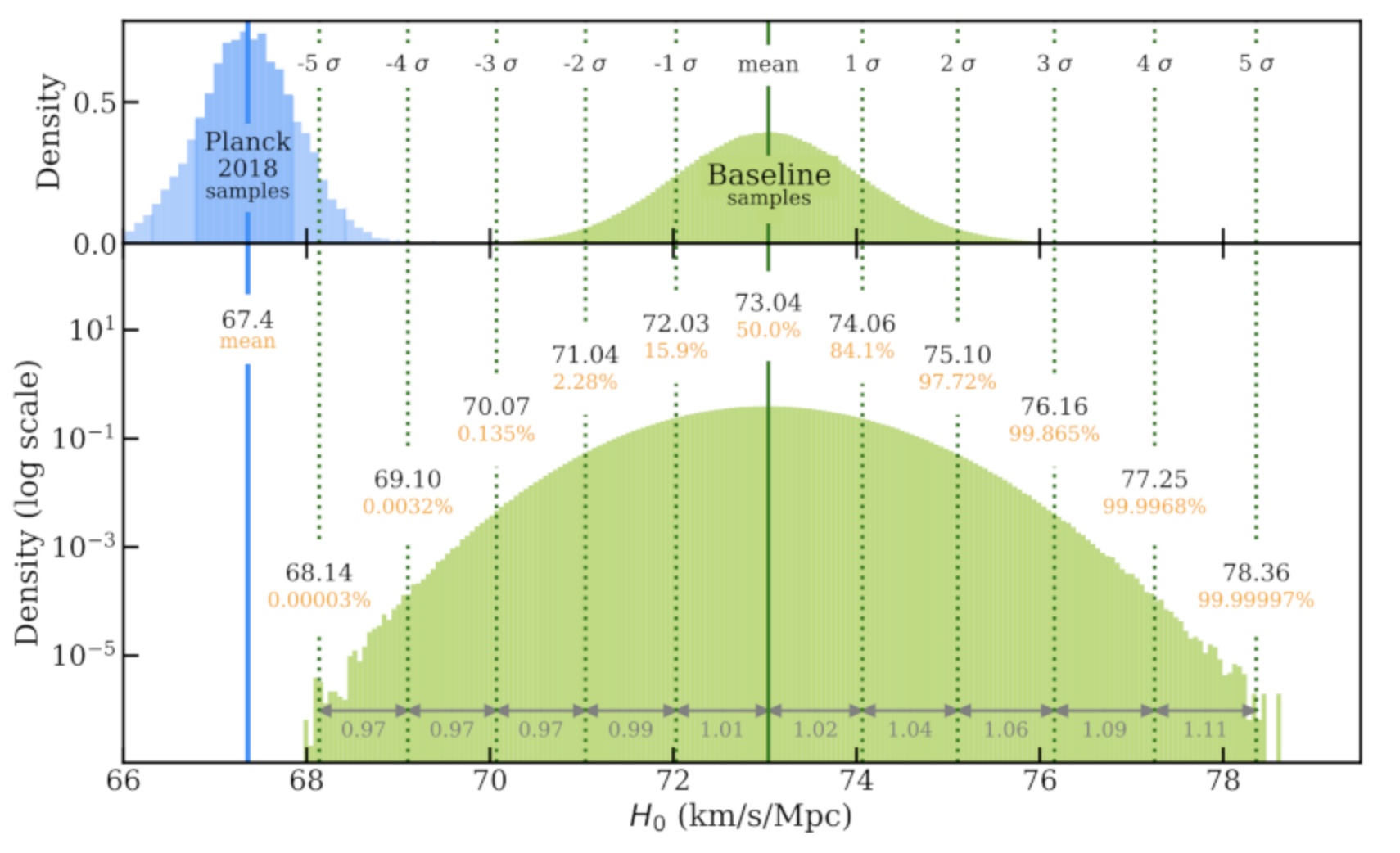 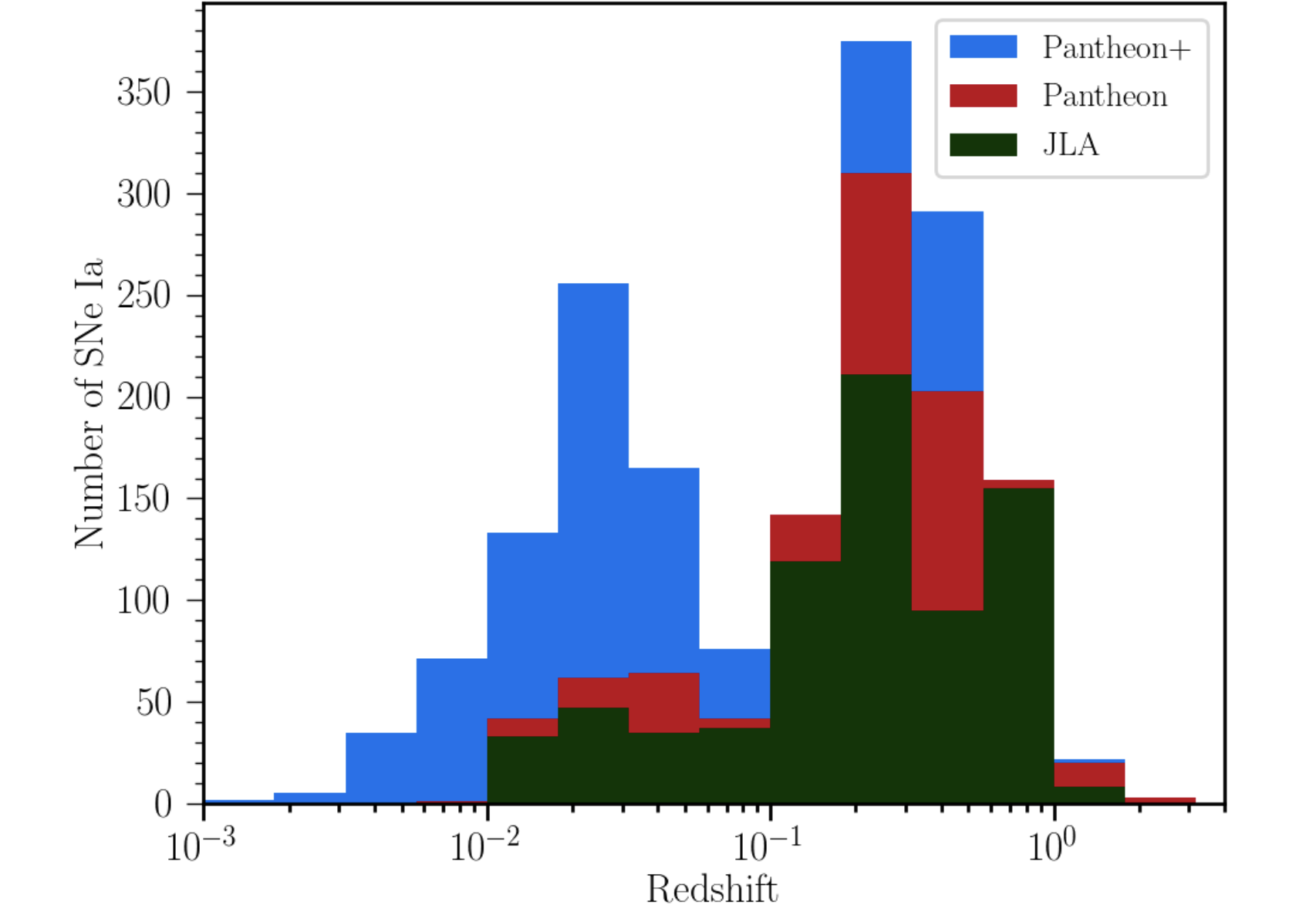 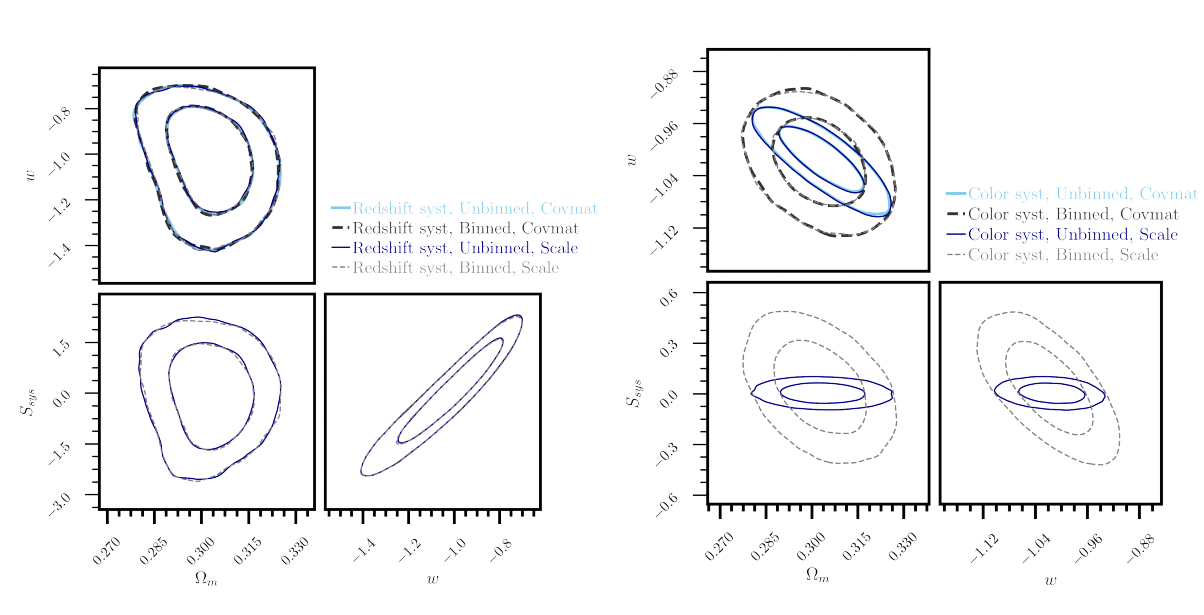 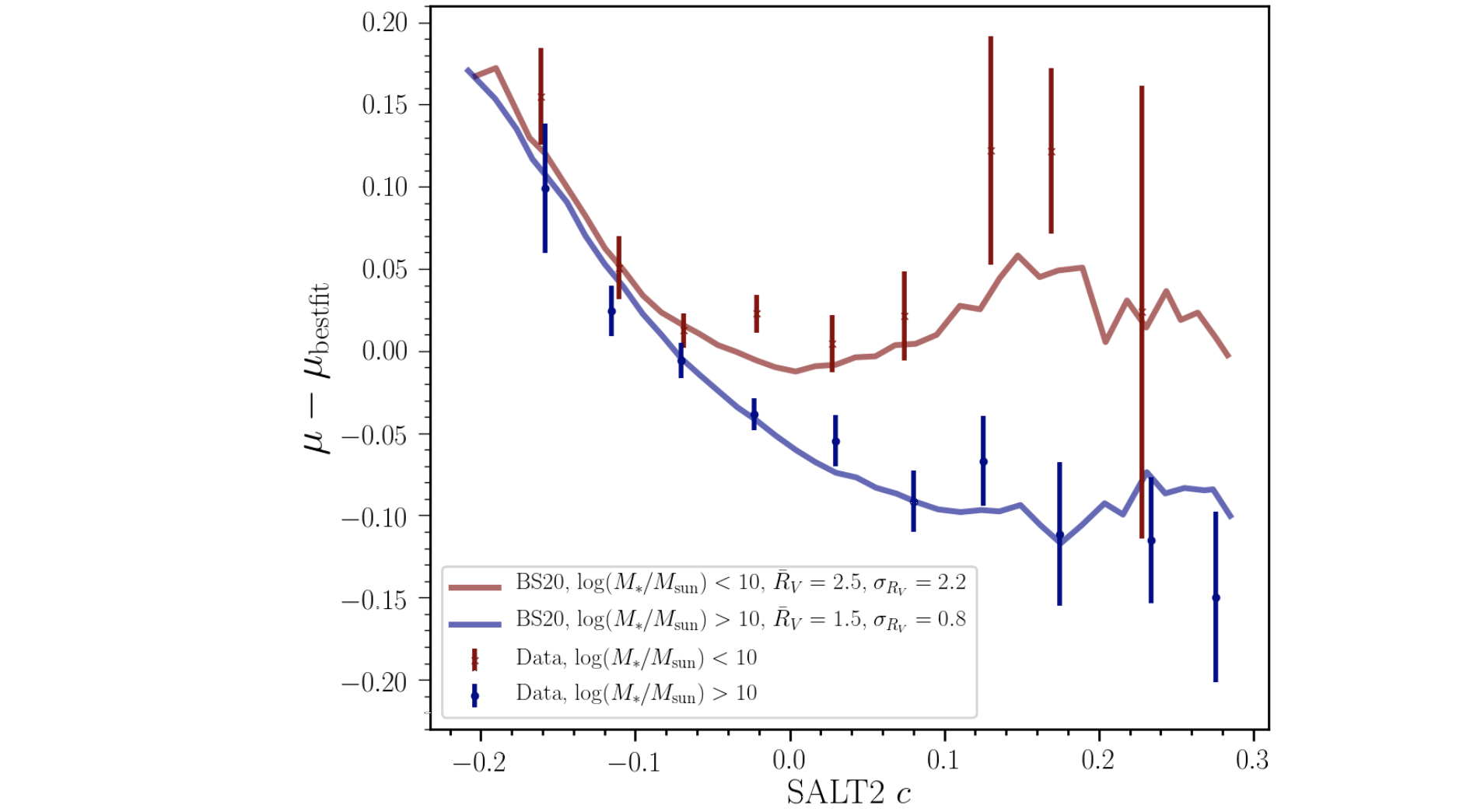 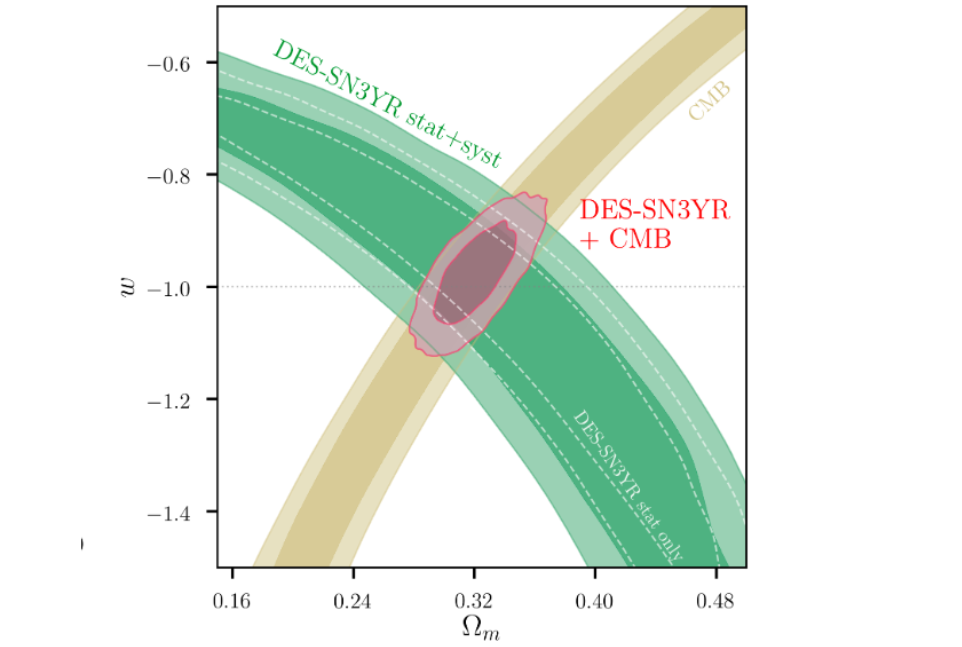 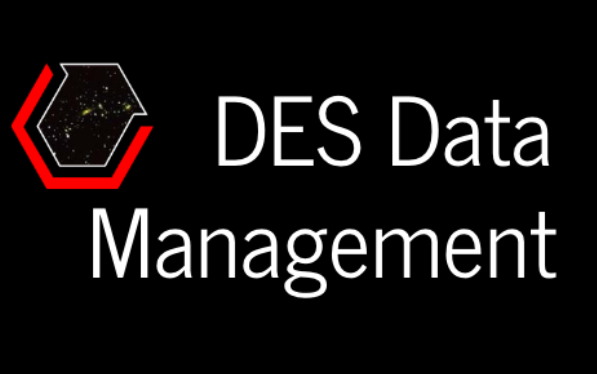 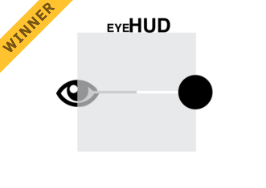 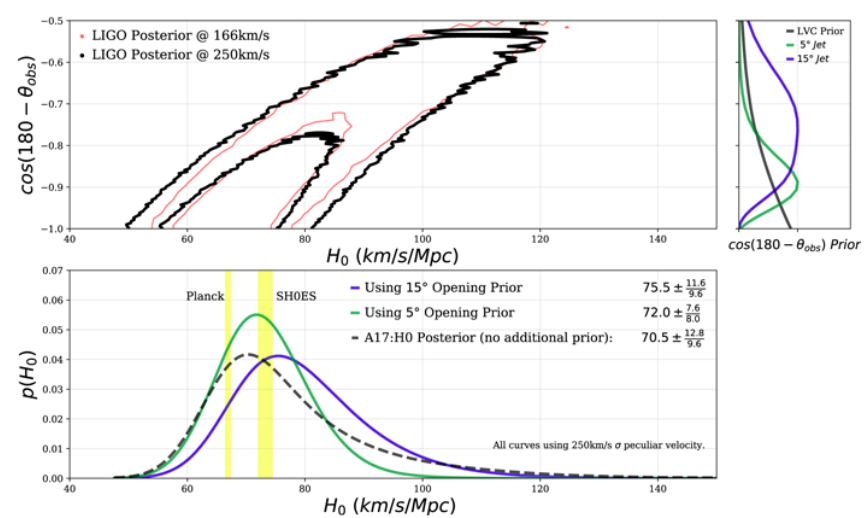 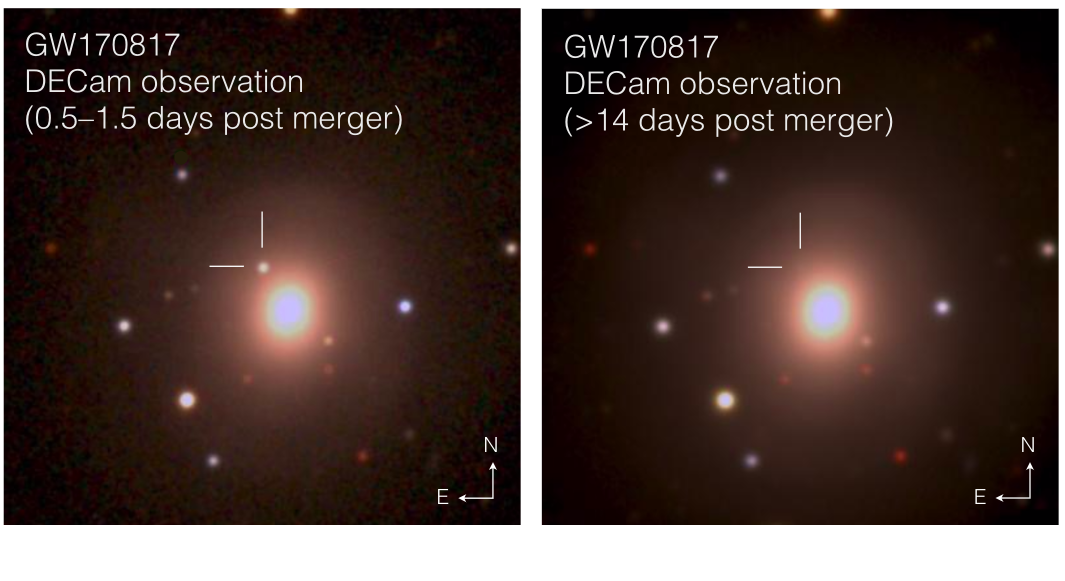 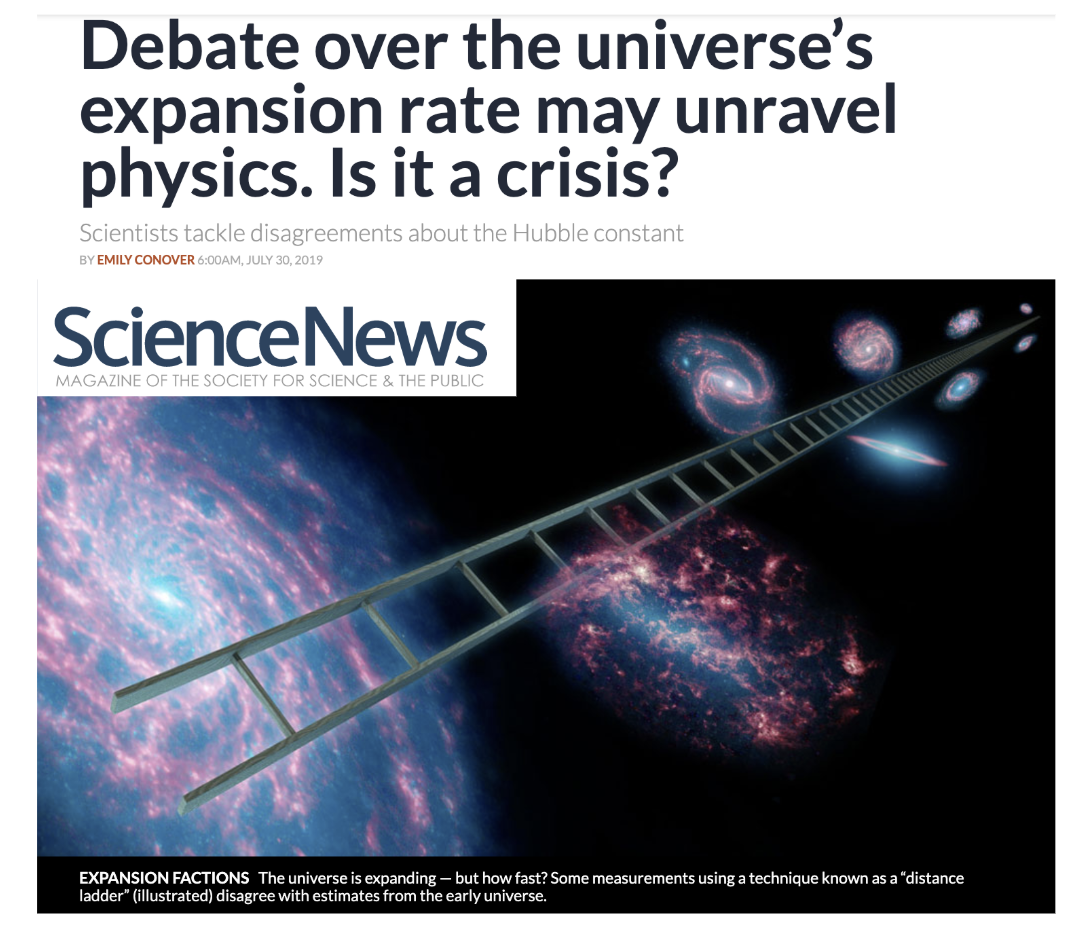 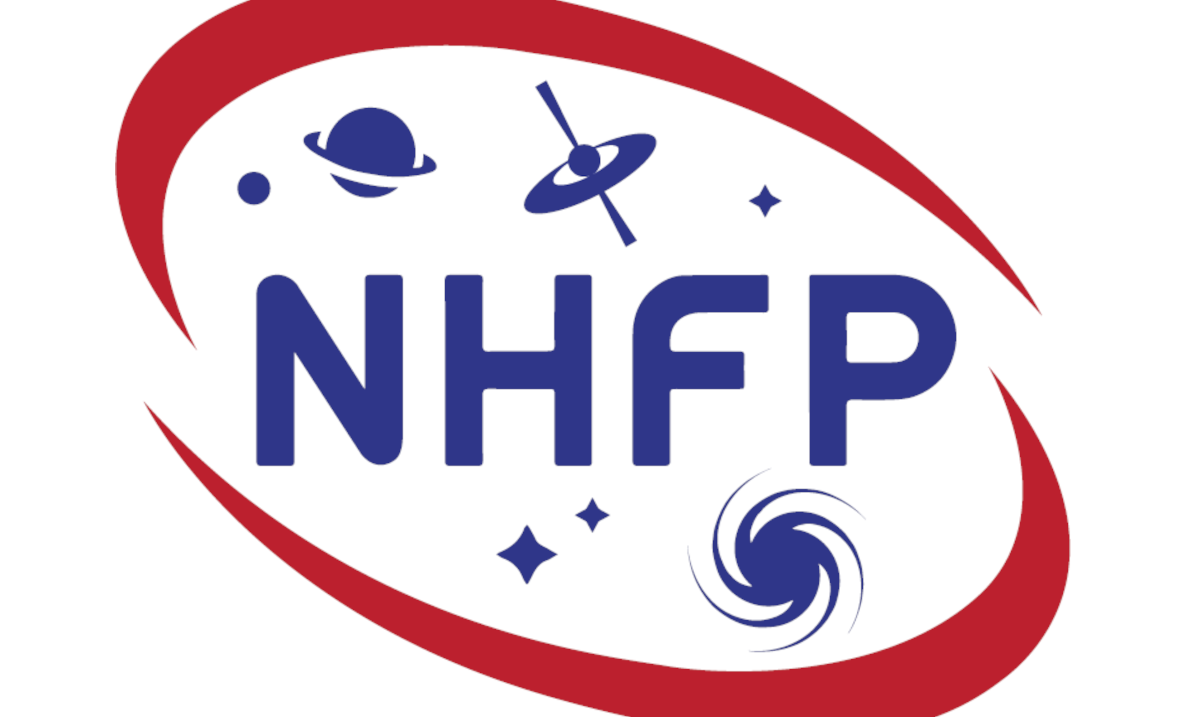 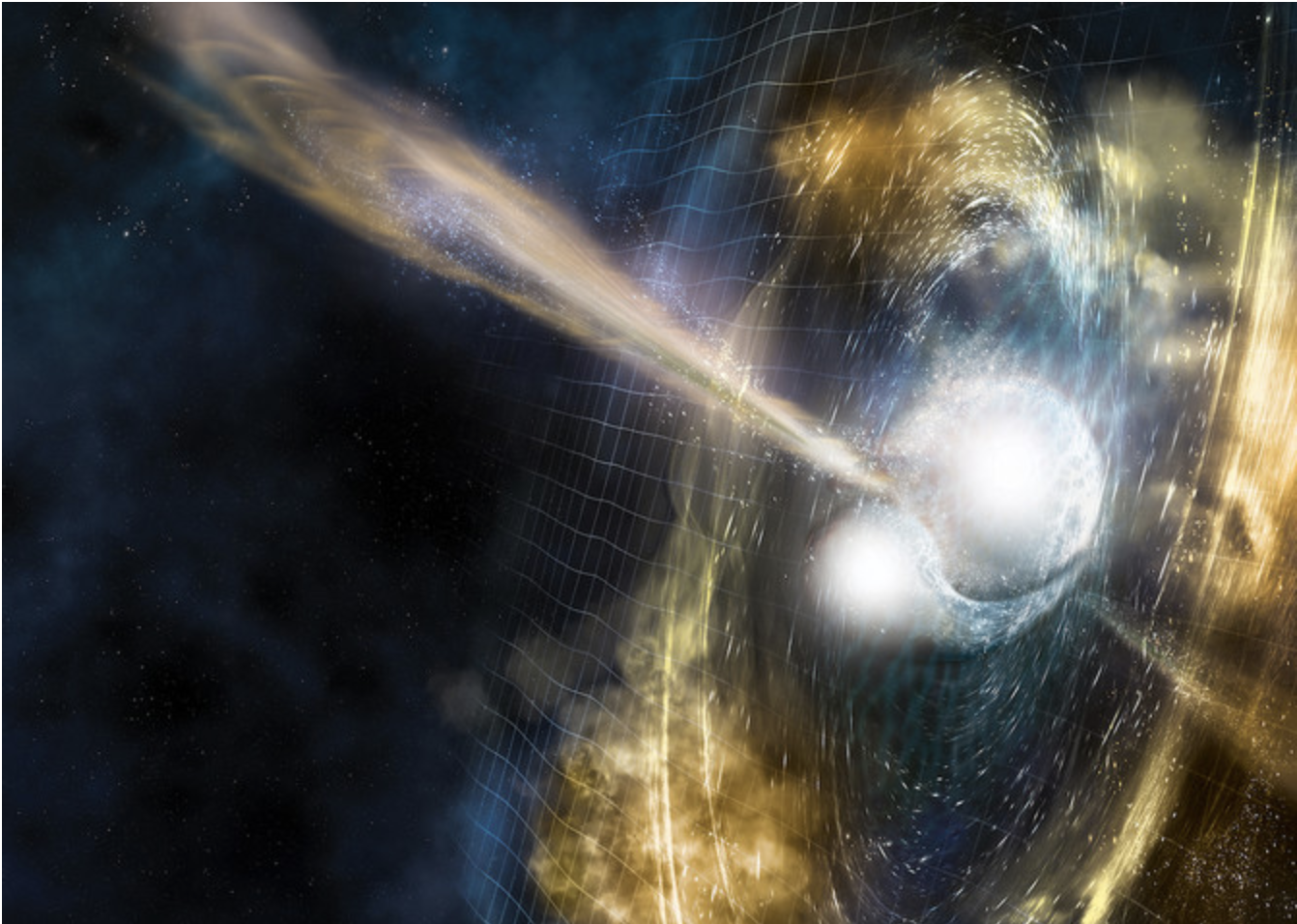 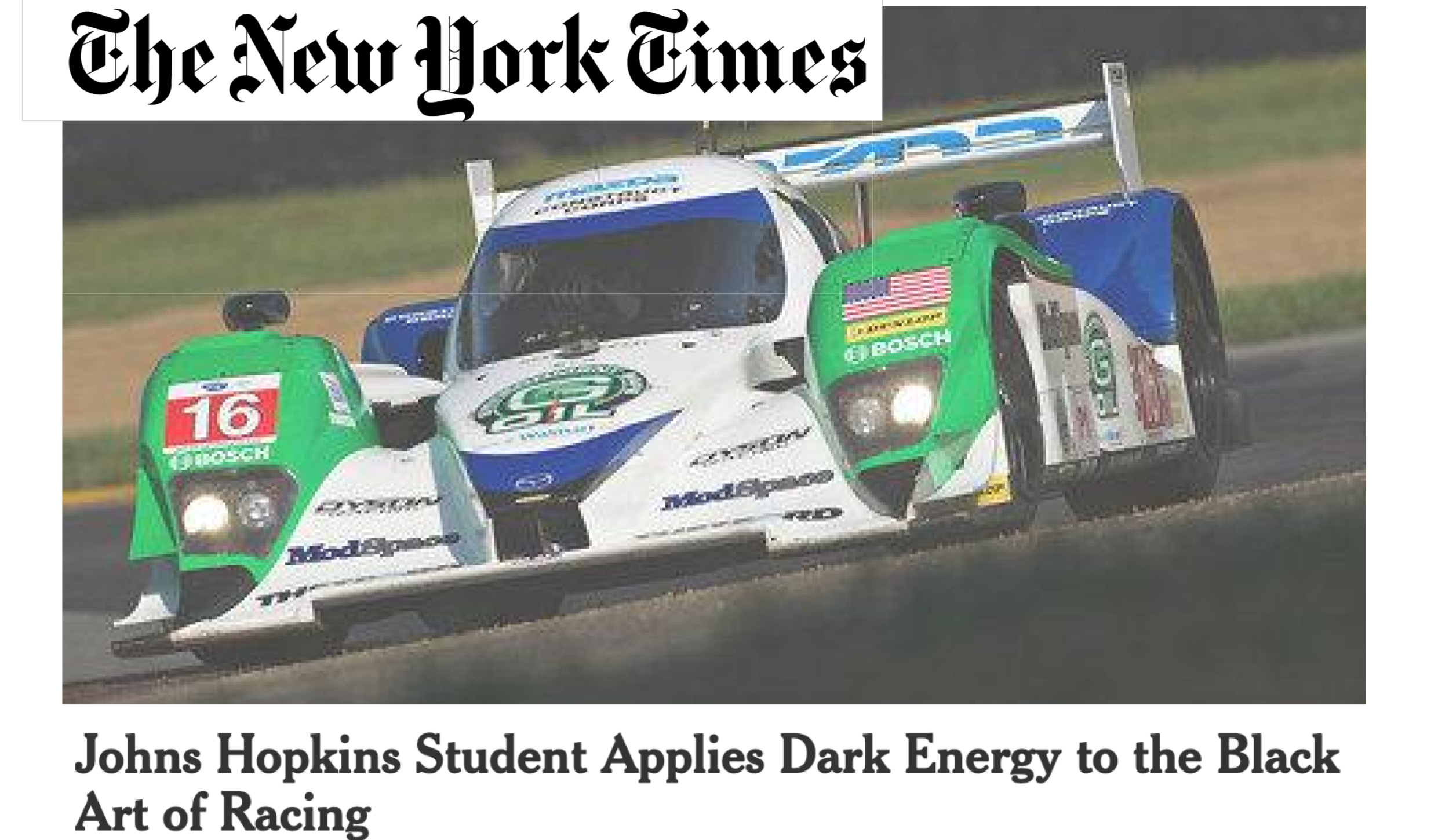 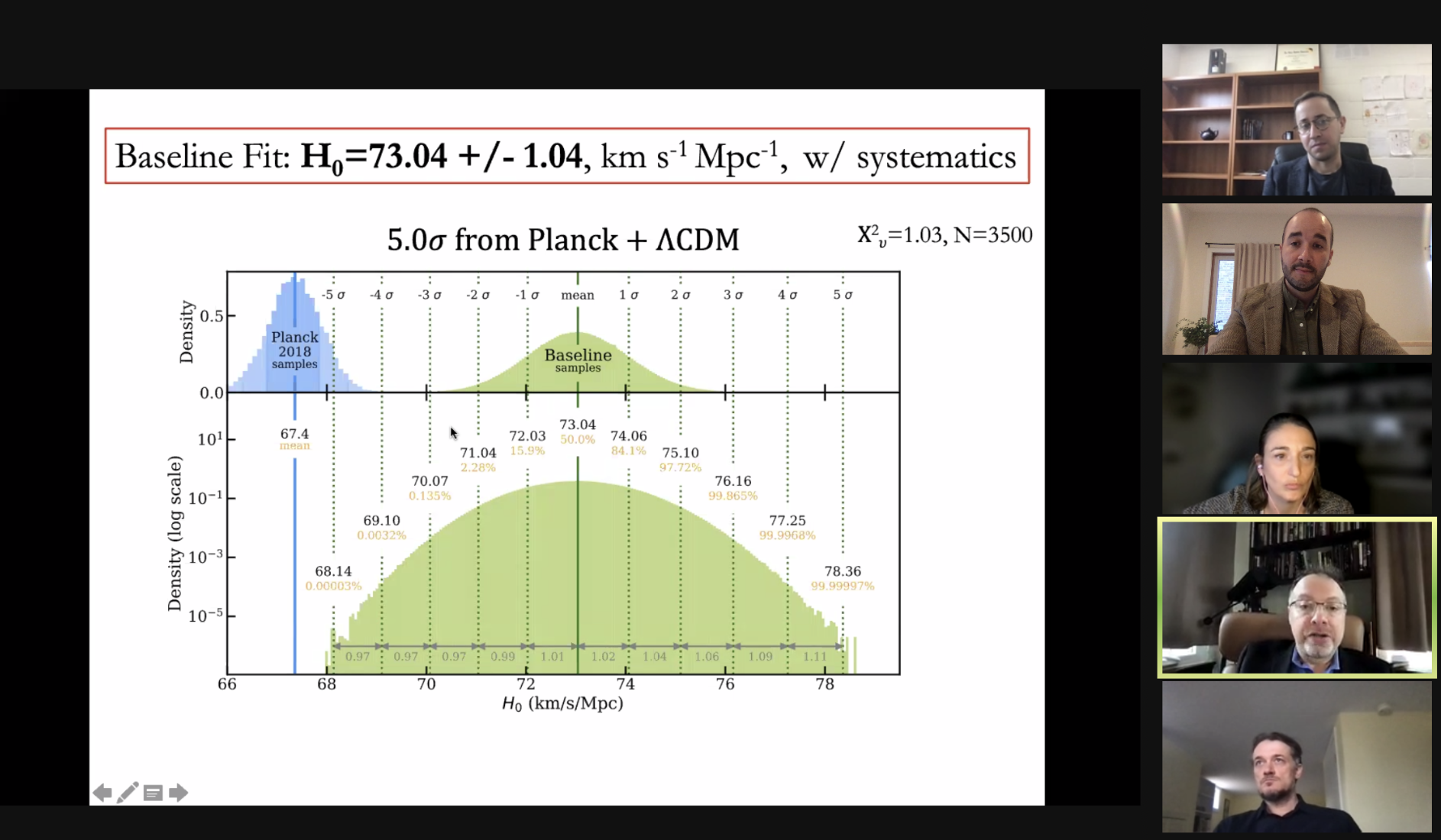 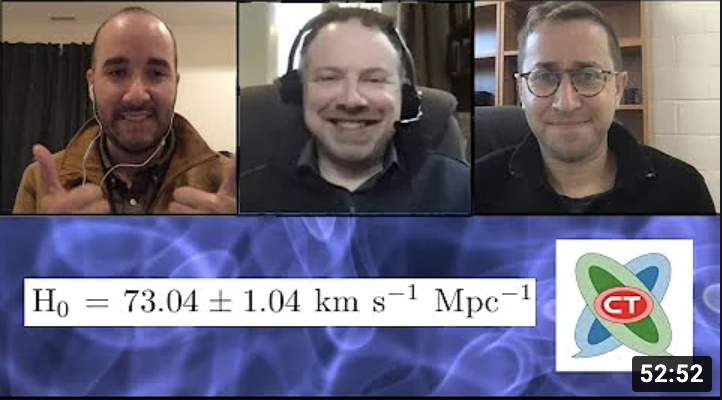 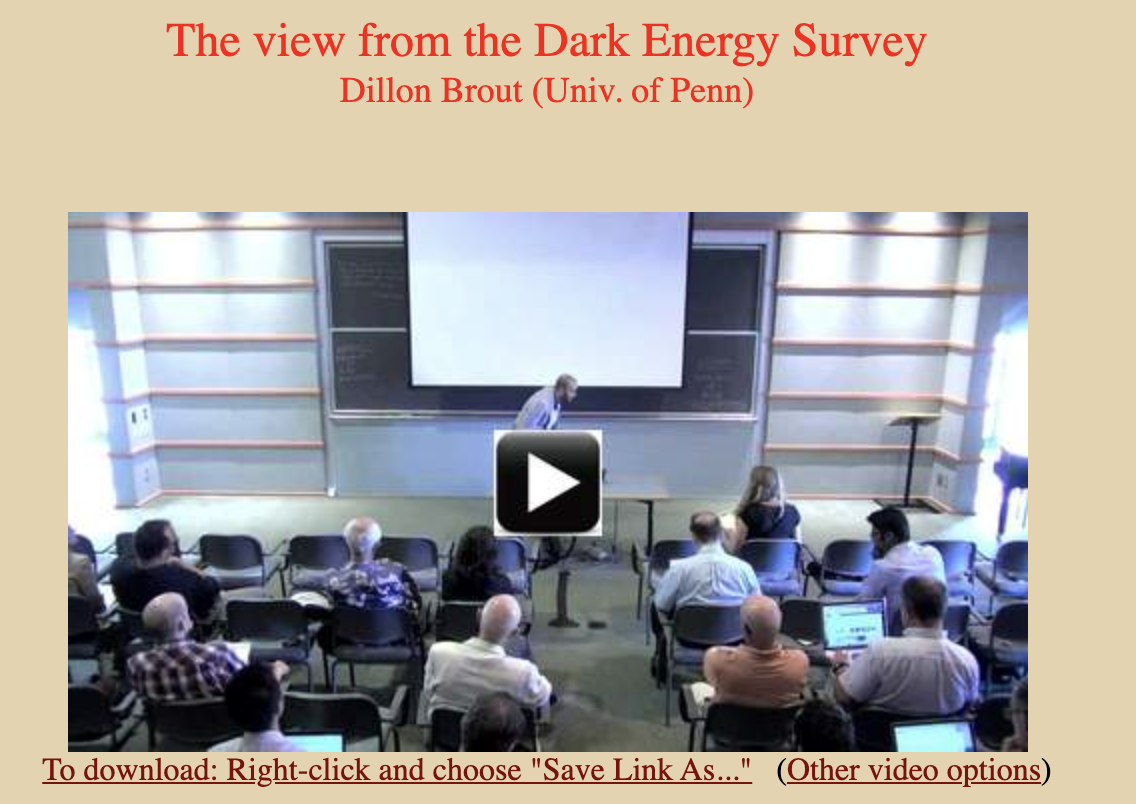 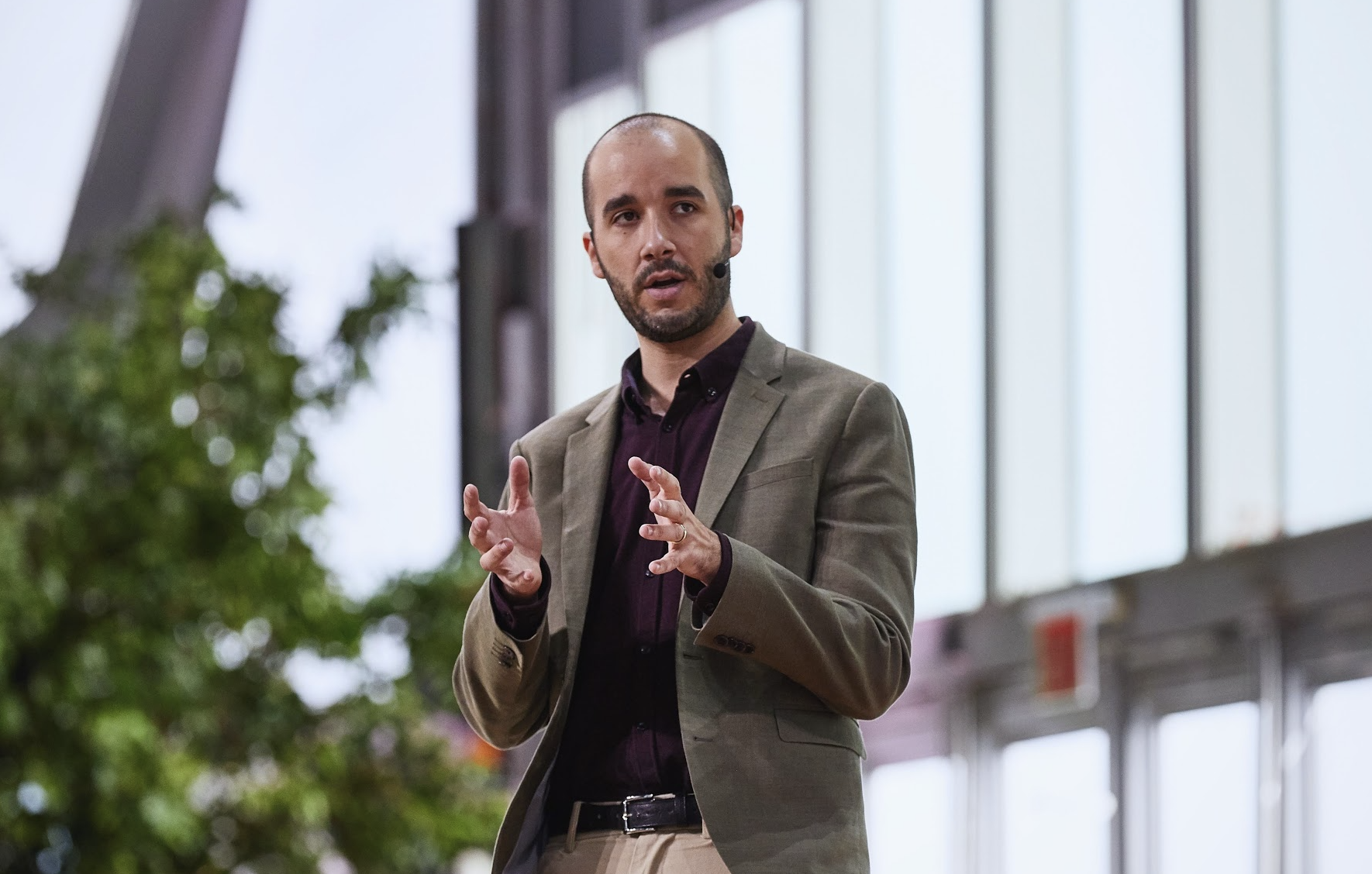 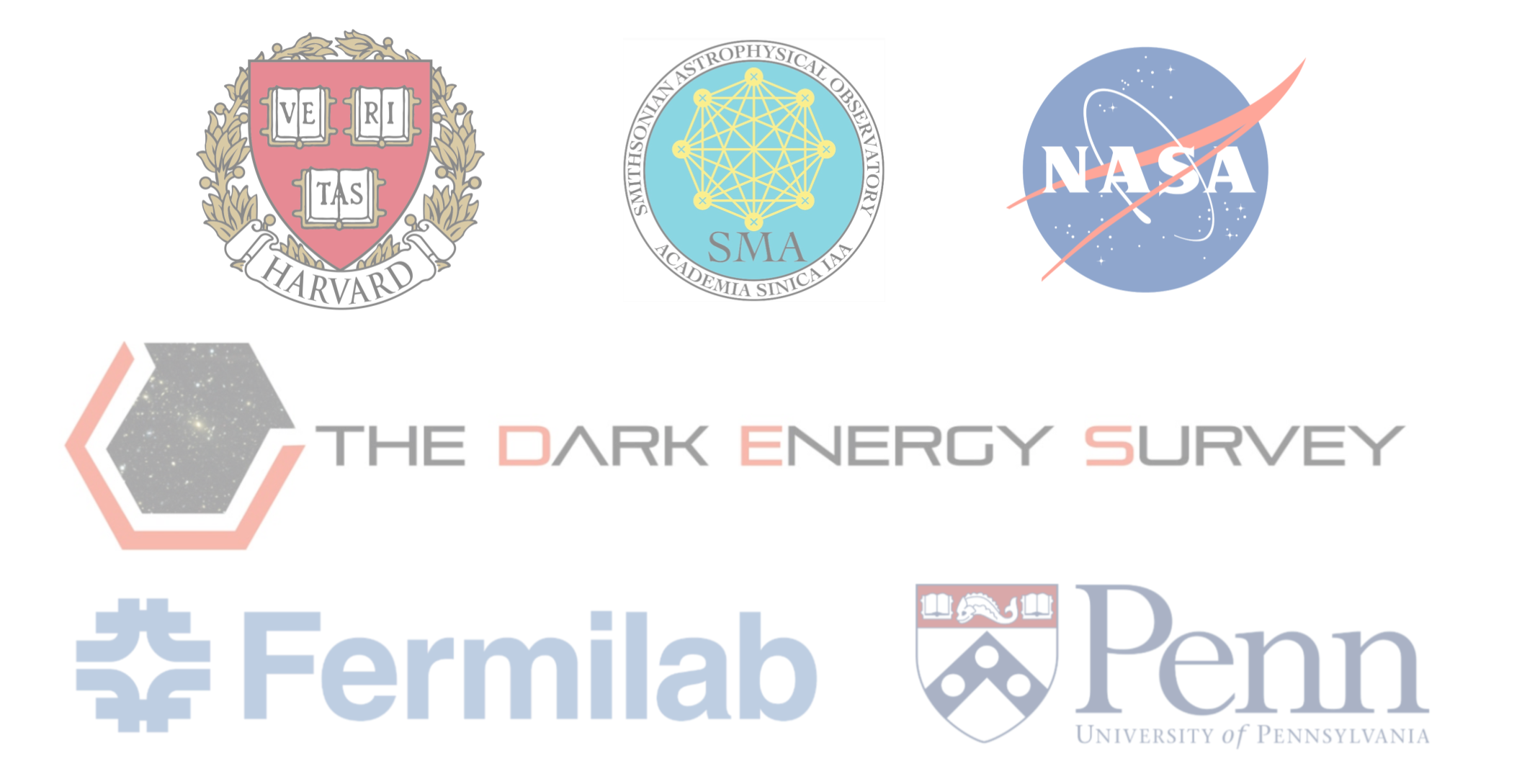 
When I'm not knee deep in data or measuring the fate of the universe, I love to play jazz saxophone. I have played at venues across the east coast with bands of the likes of the Monophonics, Black Masala, Swift Technique, The Royal Noise, Hambone Relay and more. 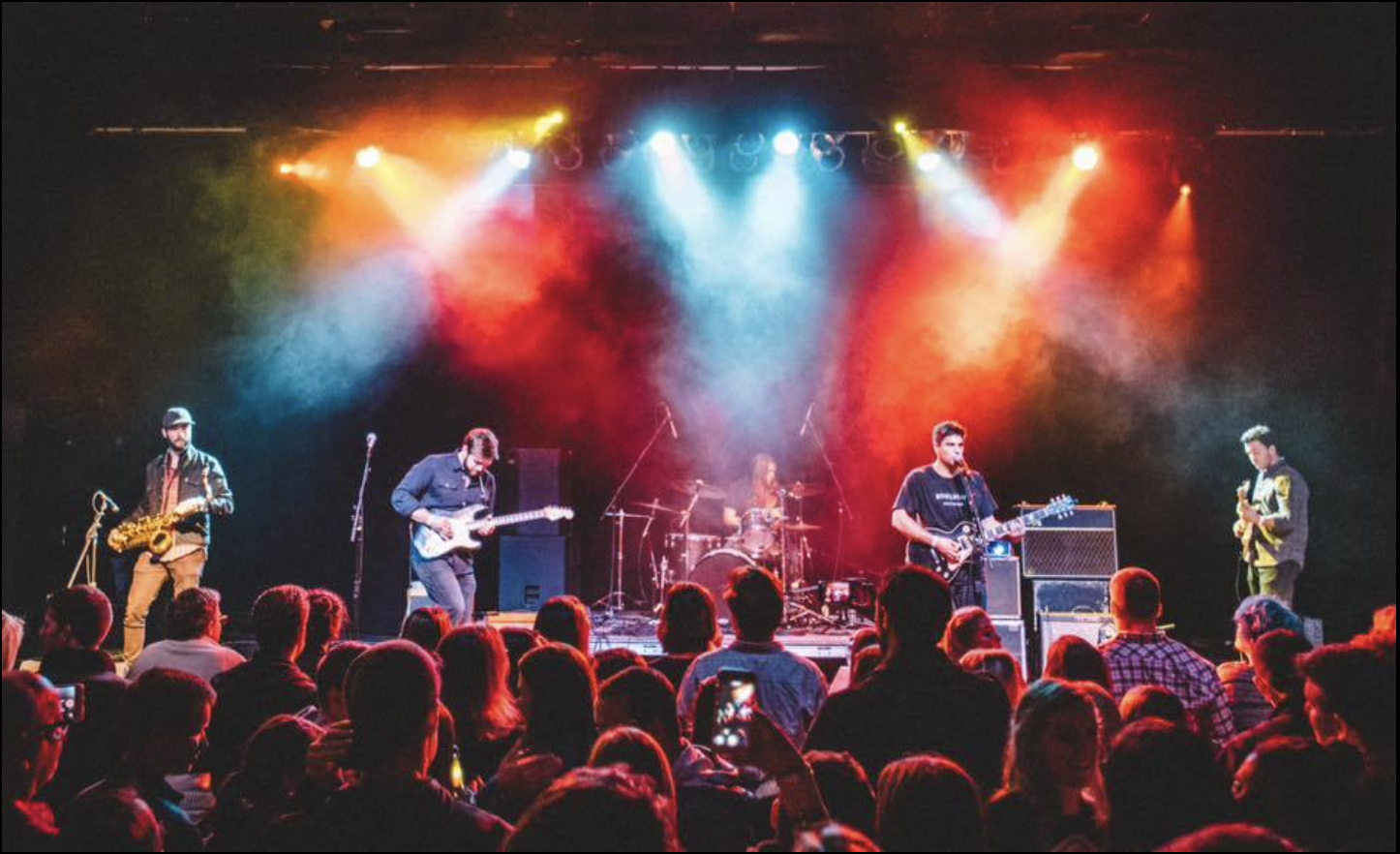